Let's Dive In, Shall We?

There exist many methods to mark glasses. While some are manual and slow such as acid cream etching and sandblasting, others are automated and fast, such as CO2 laser etching, engraving, annealing, and more. The truth is that you are bound to get different results based on the method you decide to use. Various marking methods will work better on certain materials. If you’re trying to decide between creating sandblasted glass or laser etched glass, read on to learn the pros and cons of each.

How do They Differ by Technique?

Before we go into full comparison, it's best to grasp what sandblasting means. Sandblasting is a manual marking technique whereby a film stencil is spread over the surface to be marked while the uncovered surface is sandblasted. Sandblasting propels man-made sand through air hoses at high pressure. This forces the abrasive sand to erode glass away through the film stencil carrying the desired writing, text, logo or pattern.

Unlike Sandblasting, laser etching requires heat to melt the microsurface of the target material. A laser beam delivers heat energy to etch the computer’s pre-loaded design.
The clear takeaway from the definition of both terms is that a laser etched is a product of heat applied to its surface. On the other hand, Sandblasted is a product of high-pressure abrasive blasting.

The Requirement for Sandblasted Glass

From findings and popular opinion amongst hobbyists and small businesses, sandblasted glass is always of top quality marking. They come out very clean and smooth but require tons of effort, time, and even money to achieve. In general, its requirements are as follows:

The Requirement for Laser Etched Glass.

Laser-etched glass always appears frosted because of microfractures on its surface. Nowadays, glass is not often pure; it usually absorbs some metal elements in the production process. Thus, laser-etched glass could suffer some limitations due to the presence of metal granules or crystals.
Furthermore, glasses come either as flat or curved. Flat glass is easier to etch because it does not require a rotary axis attachment - a relatively simple accessory that rotates the cylindrical glass as the laser beam etches it. These rotary attachments are popular to use for etching custom logos on pint glasses.
Again, it is worth mentioning that laser etching does not require a mask, stencil film, or water to achieve marking successfully. Generally, the requirements are:

Why is Laser Etching More Popular?

A simple analogy is that the time taken to get 10 laser etched glasses ready is equivalent to getting one sandblasted glass ready. Typically, laser-etched glass can be prepared within as little as 3 minutes. Remember, time is money, and you have to spend it wisely. Sandblasted glass goes through a series of stencil film fixture and removal and eventually cleaning the glass. This makes sandblasting glass herculean and time-consuming. Remember you have to be extra careful not to break the glass while blasting and cleaning too.

This is another critical differentiator of laser blasted glass and sandblasted glass. A sandblasted glass could cost up to thousands of dollars depending on the intricacy of its marking. Each step requires a separate film stencil to mark the pattern successfully. Aside from many stencils and masks used, labor costs are another huge component that contributes to its high production cost. Besides, you are likely not to notice much difference between laser etched and sandblasted except pointed out by a professional. Moreover, if you own a small business, sandblasting is not the way to go – it could cost you a fortune to successfully carry out.

Our laser etching machines could come to the rescue in terms of cost if you run a small business. You can save a chunk of your running and production expense when you choose laser etching. Ultimately, you can offer great deals to your customers and stay competitive in the market.

The shape of the glass comes into play here. Wine bottles or pint glasses that require marking on both sides will use more masking for sandblasting. Also, intricate patterns will prove challenging to mask for sandblasting. In the end, you might distort the expected design you want to mark on the glass.
Even though glass for laser etching is mostly flat, laser etching curved glass is still very accessible. As long as you are within the limit of your laser machine, all you need are the right rotary attachments to flip the bottle and repeat your laser etching.

In summary, the opportunity cost favors laser etching over sandblasting glass. Most people are willing to forgo high-quality to save time and money; hence they opt for laser etched glass. With laser etching, you can save a lot of time and money while still achieving stunning results.

Based on the facts stated about laser etched glass and sandblasted glass, the ball is now in your court. Be the judge of what you want and how you want it. Some marking stores use laser etching and sandblasting for marking glass, while others use just one method. It all depends on the customer's budget. But surely, laser-etched glass is faster and cheaper to make with little or no wasted material. At OMTech, we offer our expertise to anyone interested in laser etching or engraving. Visit our online store or walk-in to our recently opened showroom in Southern California to see a demonstration of our products’ capabilities. 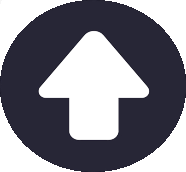